Thanks to a referral from another local business, Bellingham PR & Communications was hired to write, distribute and promote a press release advertising the impending retirement of the owners of Dave’s Sports Shop in Lynden.

The release was also intended to let the public know that the business, while still operating as usual, was for sale.

BPRC was then called on again to manage the timing of the second media release and guide the public relations process as the sale was being announced. 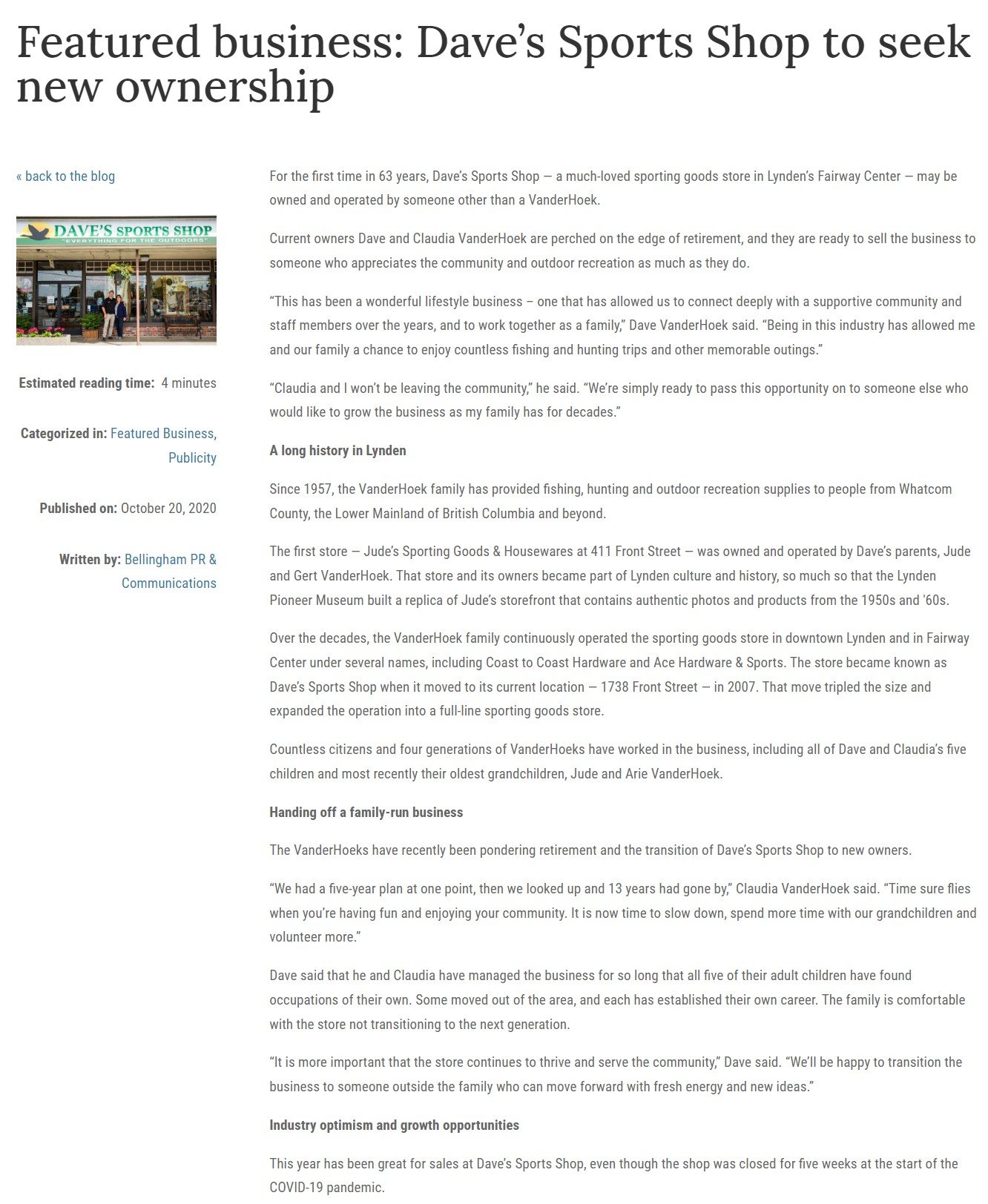 The first media release, from October 2020, announcing the intent to sell.

“We appreciated all your work on this media release and appreciated your guidance over the rocky parts.”

As a buyer is found, BPRC provides PR guidance

A local couple stepped up to purchase the business, and BPRC was called upon to manage PR during the transition period. We consulted with the ownership team and crafted and disseminated a media release bearing the good news of the sale of Dave’s Sports Shop.

Will Lathrop had been a customer of Dave’s since 2007, the year he moved to the area and the same year Dave’s moved to Lynden’s Fairway Center. In October 2020, when he learned that the store was looking for new ownership, he and his wife, Jenn, had a fleeting thought that the business could be fun to own. In early 2021, they reached out to the VanderHoeks to begin the deal.

“Becoming the owners of Dave’s Sports Shop was something that we talked about and prayed through,” Will Lathrop said. “After meeting with a few advisers, we had the confidence to commit our family to this adventure.” 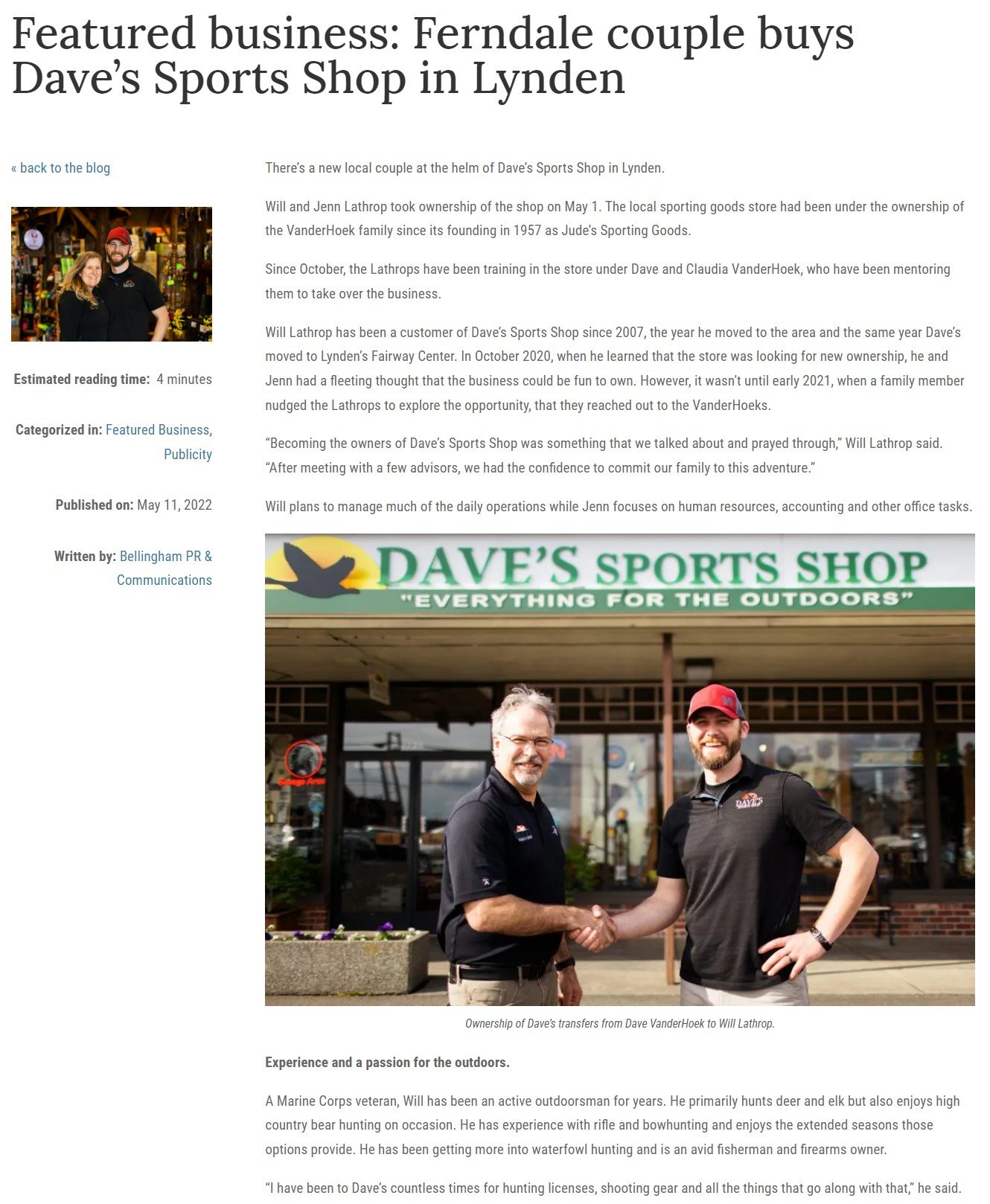 News outlets throughout the region pick up the story 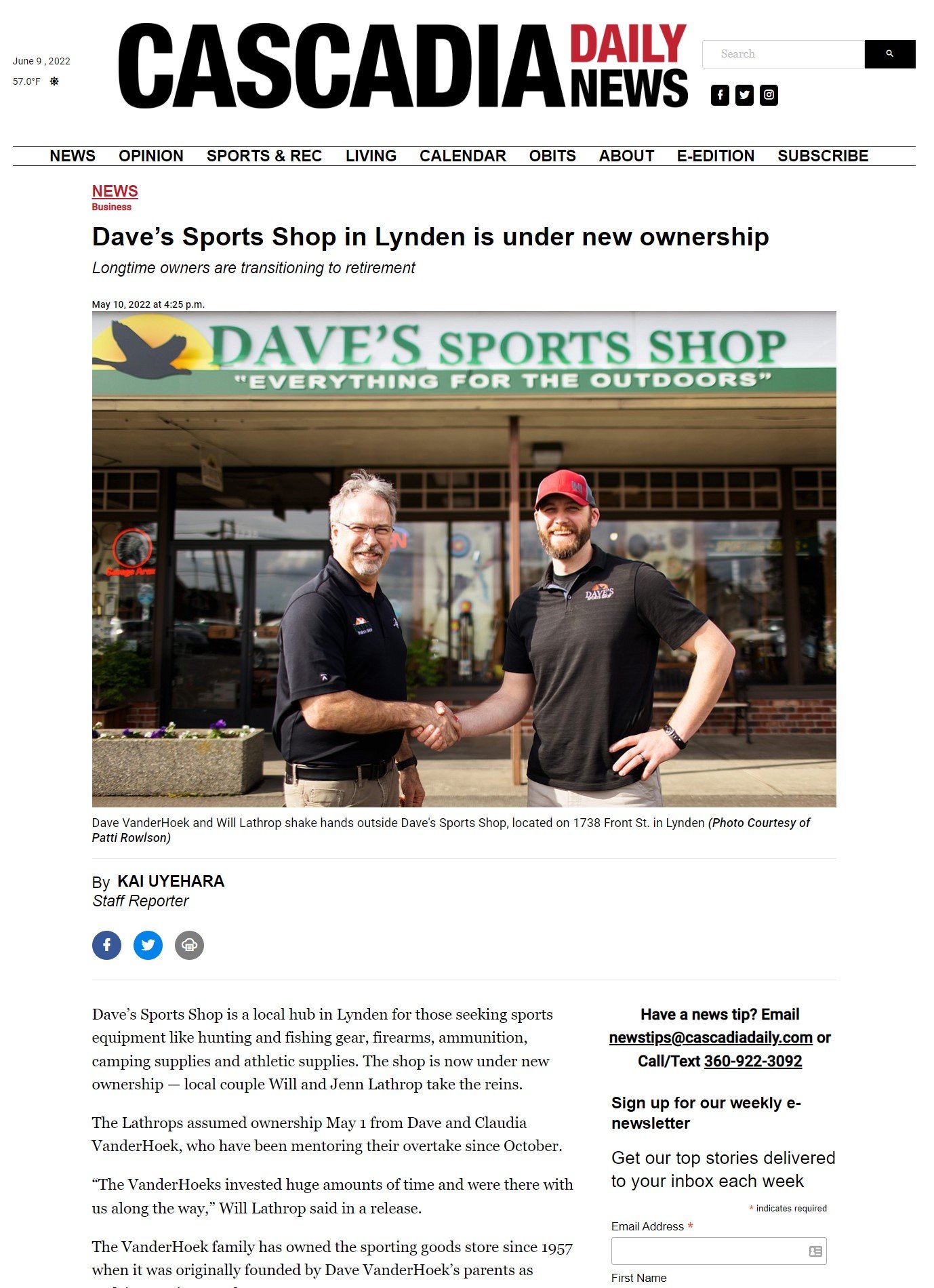 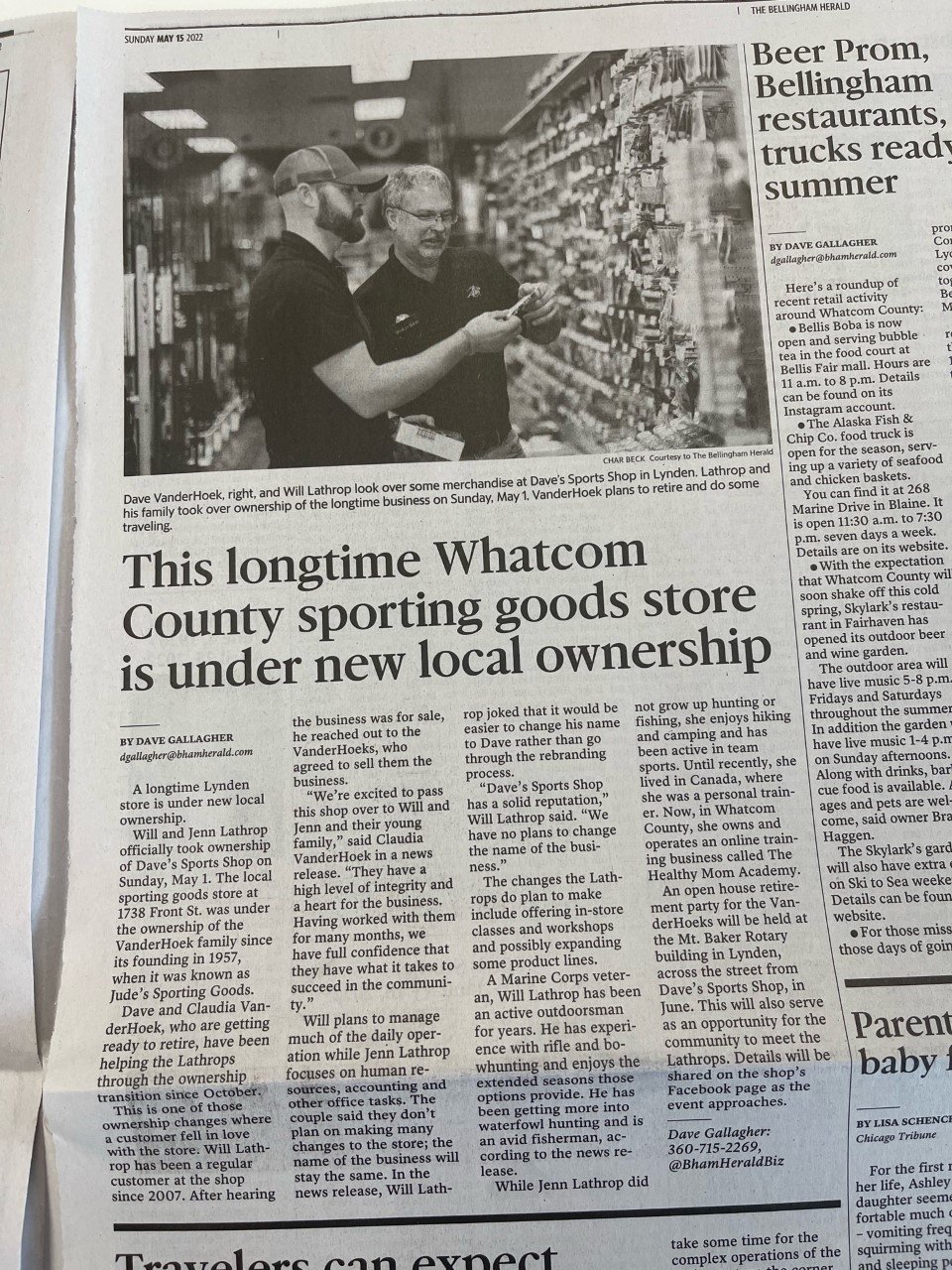 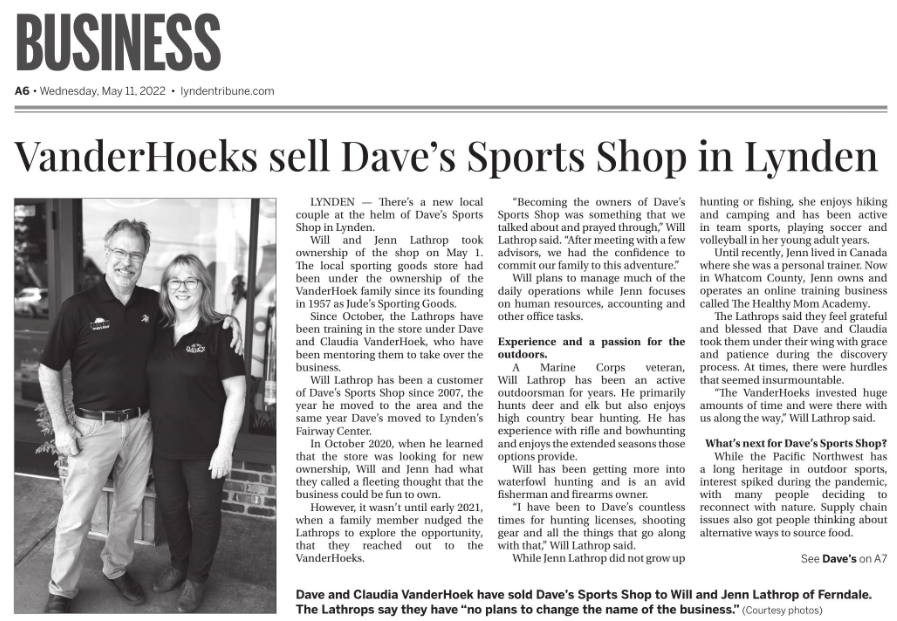 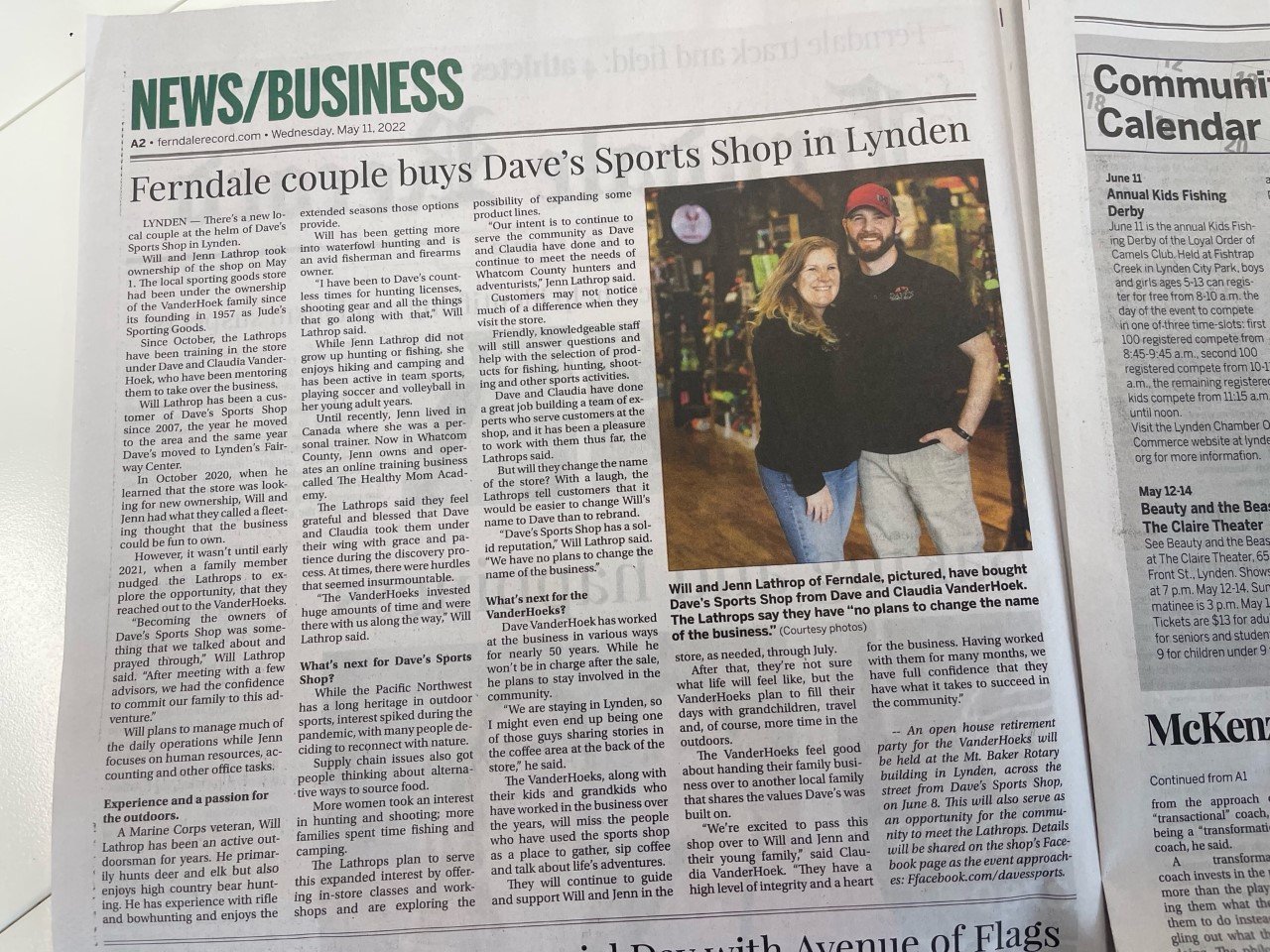 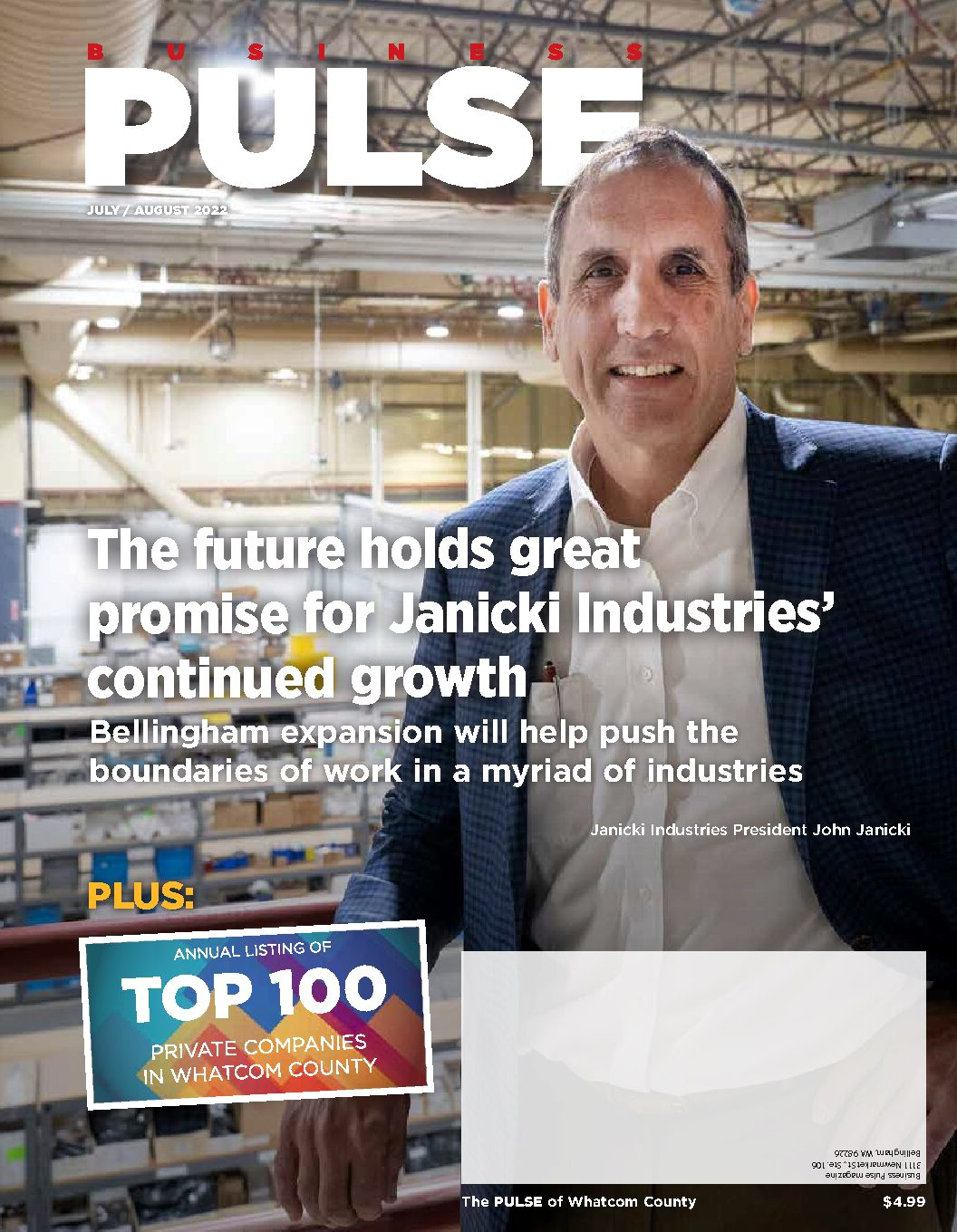 While the sale was being announced in the local papers, Dave’s Sports Shop also shared the news on social media, with hundreds of community members chiming in on Facebook to celebrate the company, honor the VanderHoeks and welcome Will and Jenn Lathrop.

One comment summed up the news well: “Will and Jenn looking forward to the great continued family feeling that’s always made Dave’s Sports Shop the best and best wishes to you Dave and Claudia for the next chapter of your life

By working closely with all stakeholders and using publication relations and media strategies, BPRC helped ensure this small business was handed off to its new owners in a positive way. 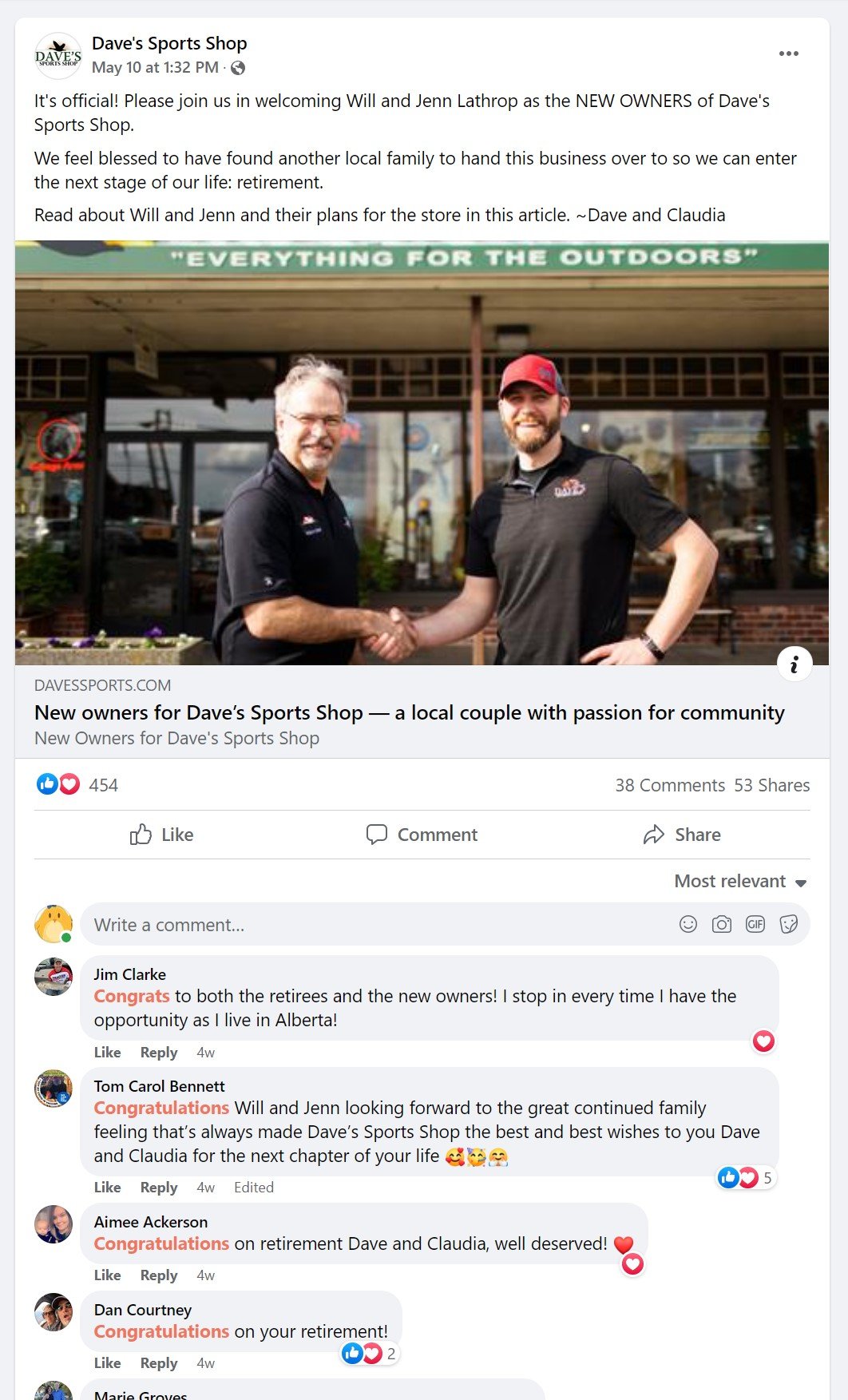 “For us at BPRC, it was a pleasure to  consult and manage PR and communications before, during and after the sale of this treasured Whatcom County business.”

Effective public relations from an experienced, trusted and recommended team. 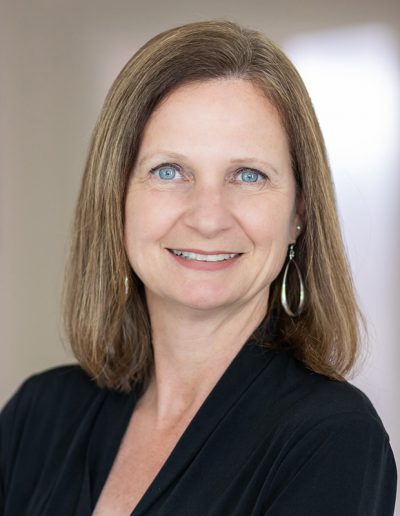 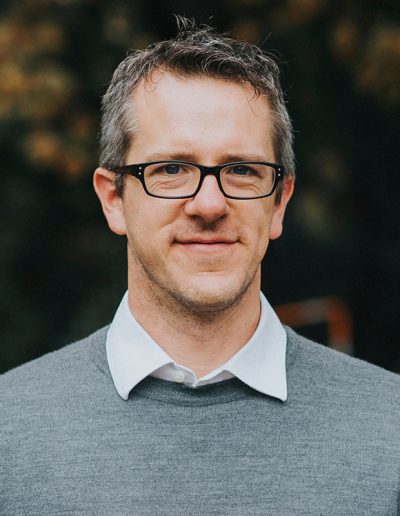 Serving Bellingham
and Whatcom County since 2009