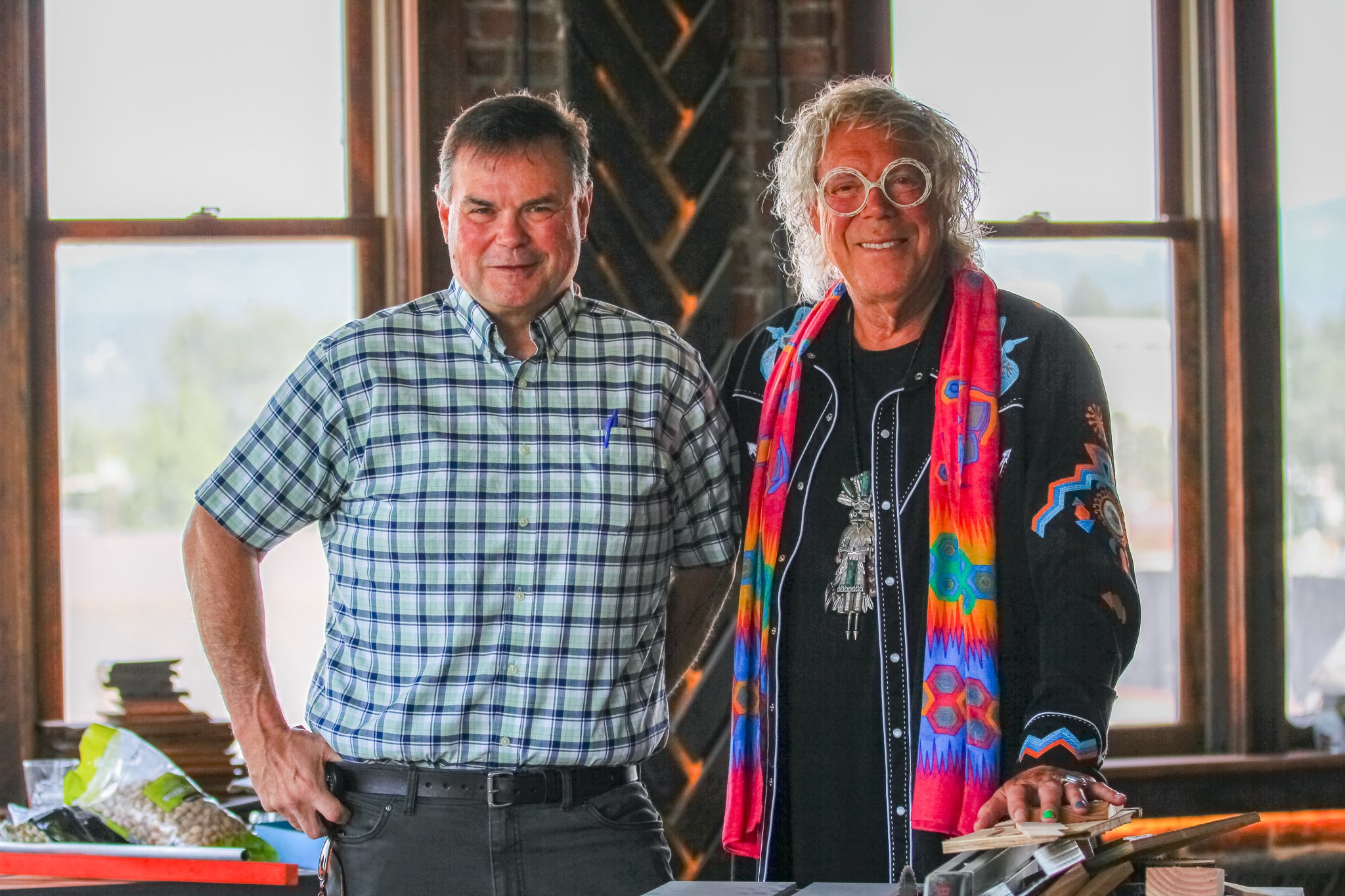 BELLINGHAM—In an era of increased focus on government and the role of quality journalism in everyday life, a new daily news publication is being launched in Bellingham by Cascadia Newspaper Company.

Ron C. Judd, an award-winning journalist with more than three decades of experience at The Seattle Times, has been hired to serve as executive editor.

“I see this as a rare opportunity to bring meaningful change through watchdog journalism and commentary in a town where it’s long been absent,” said Judd, 58, who holds a master’s degree in history and has conducted extensive archival research about media and politics in Bellingham. “Doing that work through a wholly locally owned news outlet was an opportunity too rare to pass up.”

The publication — delivered online daily and weekly in print — is the brainchild of David Syre, a fourth-generation Whatcom County resident who has contributed to and invested in the community for decades.

“Across the country, we have been seeing a surge of community journalism at a time of renewed interest in local government,” Syre said. “Community journalism — the kind that reports on the lives of our people while also serving as an important check on local government — is sorely needed here. I have a fondness for Bellingham and Whatcom County, and it has been my goal to return locally owned and independently operated daily journalism to the people here.”

The new local media outlet Syre is funding plans to begin publishing in early January. With it, he and Judd are determined to provide Whatcom County residents with a news outlet they can trust, packed with local stories about what matters to citizens and the community.

“Launching a local news publication like this — and getting a quality journalist like Ron Judd, with his reputation, experience and acumen, to lead it — is a dream,” Syre said. “Helping to lead change and increase the level of local reporting in Bellingham is something I will forever be proud of.

“I have always wanted residents who love and value Whatcom County to be able to prosper here,” Syre added. “I believe it vital to this goal that the region have its own identity distinct from that of Seattle or Vancouver, British Columbia. Launching a full-scale, Bellingham-based news organization — the only daily newspaper in town that is locally owned — will help secure Bellingham’s unique identity.”

Coverage will include Bellingham and Whatcom County news, politics, business, arts, entertainment and more. In addition to leading the newsroom, Judd plans to write a lively weekly column and contribute original material to the daily digital edition. Subscriptions and advertising packages will be available prior to launch.

Judd, who officially takes the helm of the yet-to-be-named media outlet Sept. 1, is working alongside a launch team to hire for and develop the new publication. Newsroom staff will operate from offices on the third floor of the Puget Sound Energy building at 1329 N. State St. in downtown Bellingham.

“Producing a printed newspaper will be a critical part of the new publication,” Judd said. “We want to maintain the newspaper experience — with a weekly print edition people can hold in their hands — while breaking news daily on the digital side.”

The launch of a locally owned news publication in Bellingham aligns with a recent trend throughout the country that has seen chain-owned publications transitioning to local ownership. A July report from the Local News Initiative at Northwestern University’s Medill School of Journalism notes a recent increase in interest in locally owned community journalism.

“All things being equal, local ownership is always best for the community where the newspaper is located,” said Penny Abernathy, a visiting professor at Medill and researcher into the “news desert” phenomenon created by the closures of local newspapers, in the Local News Initiative report. “That’s because a local owner is going to know that market and know the residents.”

Whatcom County currently is served by the McClatchy-owned Bellingham Herald, a daily newspaper that has, over time, outsourced much of its production to sources outside the area and laid off large portions of the newsroom. Several locally owned weekly newspapers, including in Lynden, Ferndale and Blaine, also serve the region.

Syre, the sole owner of Cascadia Newspaper Company, is the owner and publisher of Cascadia Weekly, which will continue publishing weekly until the new publication begins.

Ron Judd, a Washington native, is a 1985 graduate of Western Washington University and a 20-year resident of Bellingham. A popular reporter and columnist at The Seattle Times since 1988, Judd has covered a variety of news beats. He has written several longstanding, popular columns and most recently has worked as a staff writer for Pacific NW, the Seattle Times Sunday magazine. Judd has reported from a half-dozen Olympics and is the author of several nonfiction books. He also is a veteran teacher of journalism and history at Western Washington University.

Earlier in his 35-year news career, Judd also worked as a journalist at the Bremerton (now Kitsap) Sun and the Anacortes American.

In addition to being a renowned artist, David Syre has a long history of setting goals, investing in the community and effecting change that positively impacts Whatcom County. This desire led Syre and his company, Trillium Corporation, to create a plan that led to his development of Bellis Fair Mall, the Semiahmoo Resort and surrounding residential community, and the Cordata business district.

Over the years, Syre has donated millions to promote arts and education in Whatcom County, including leadership grants to Mount Baker Theatre, Whatcom Museum, Western Washington University, Pickford Film Center and the Bellingham Bay Foundation. Syre also has made significant gifts of land and funds for the growth of Whatcom Community College, which named the Syre Student Center and Syre Auditorium in his honor.